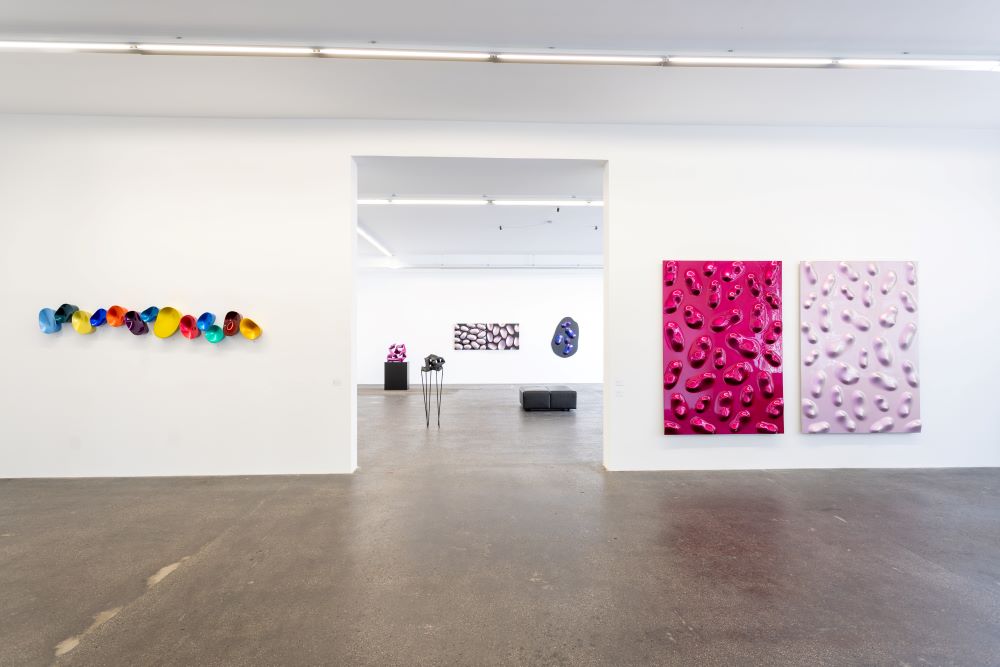 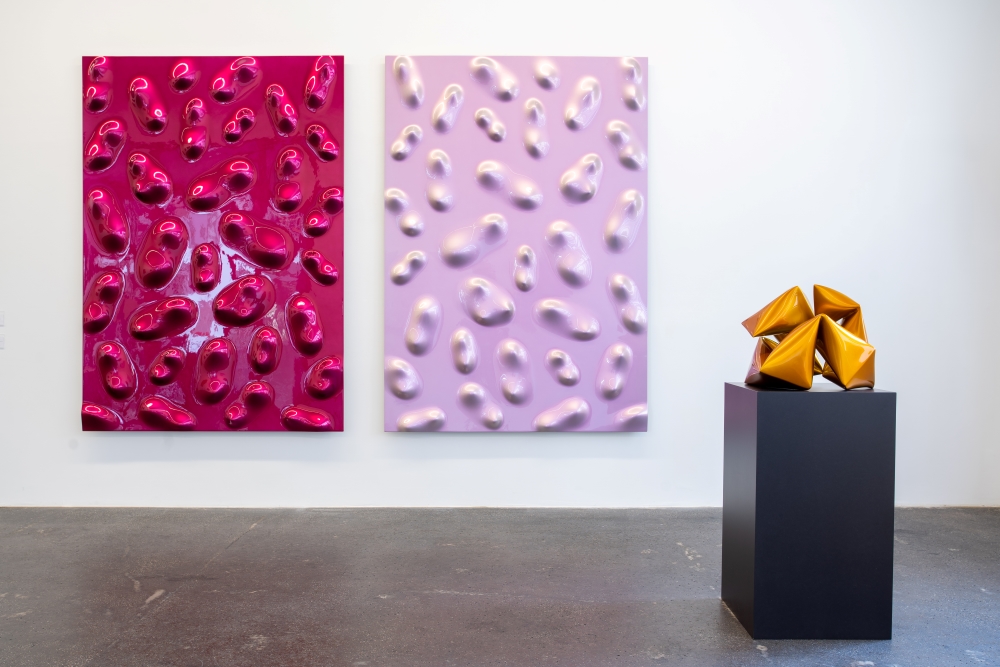 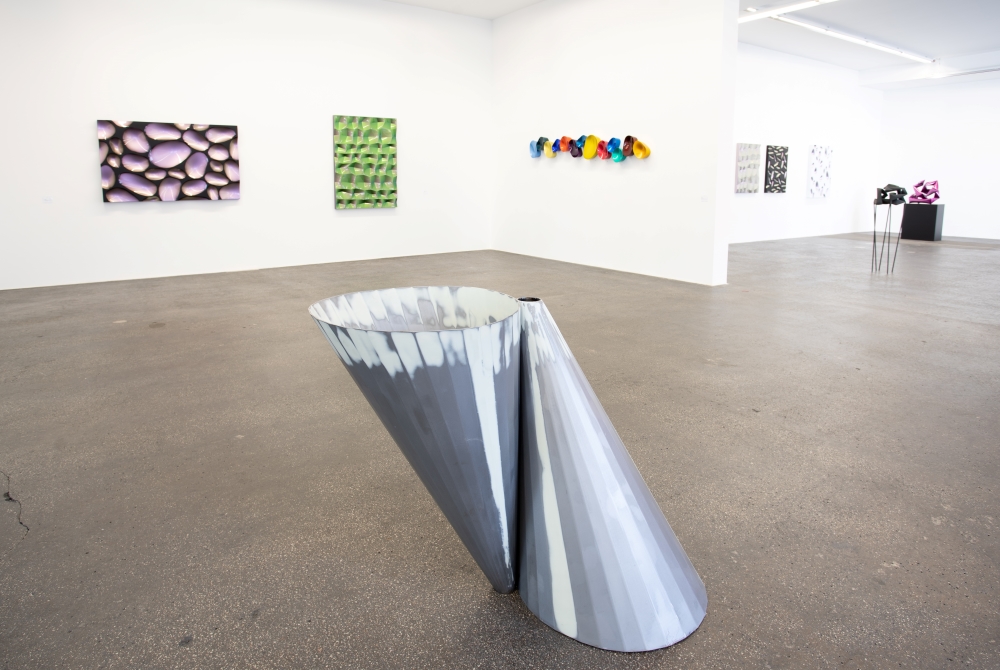 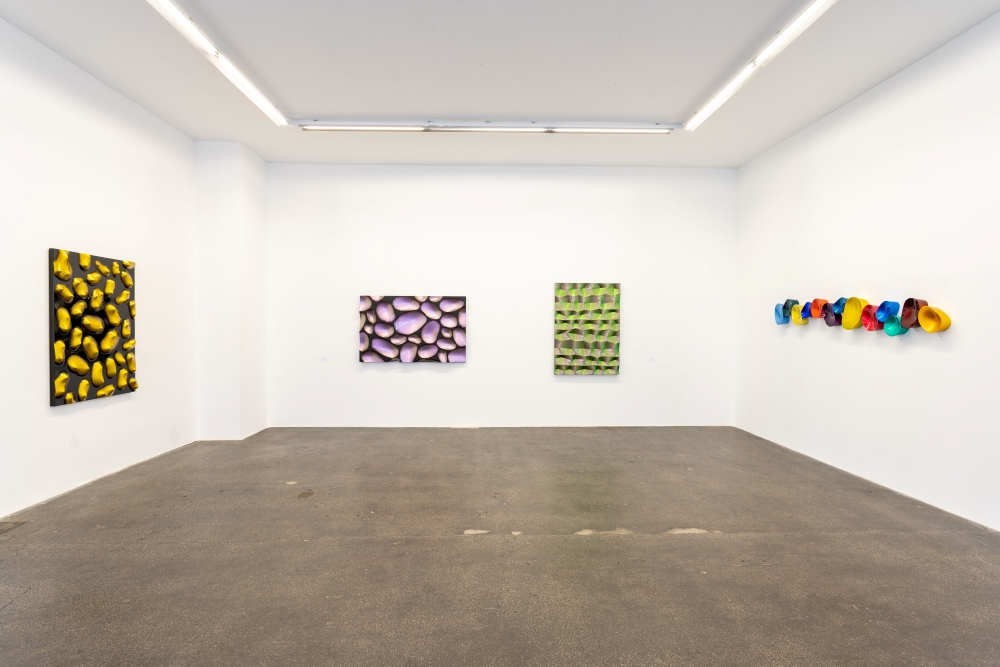 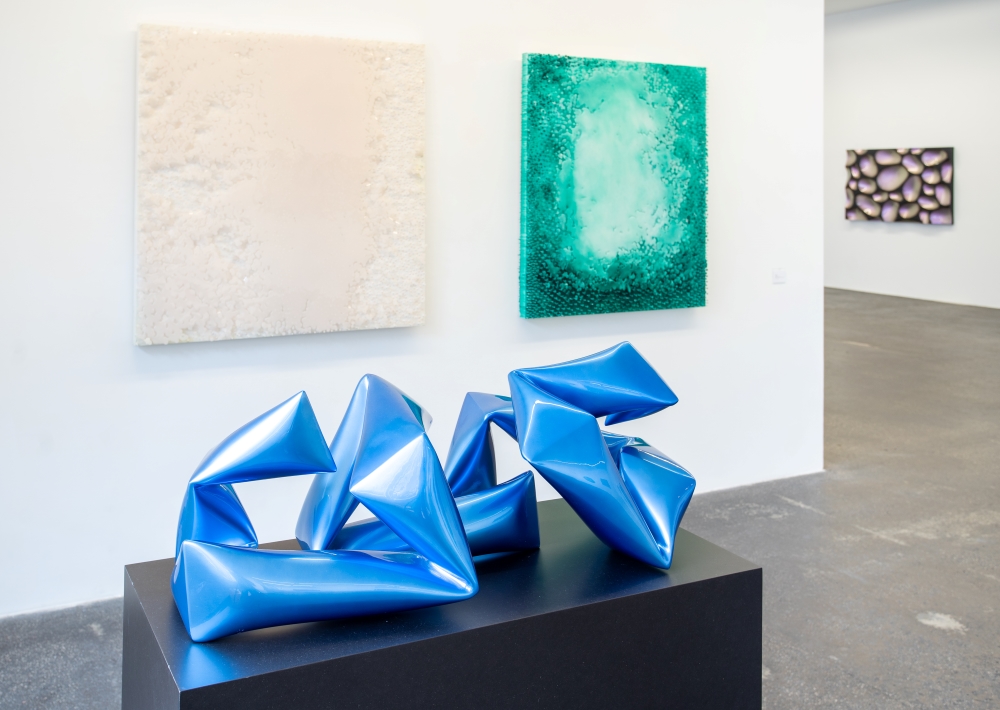 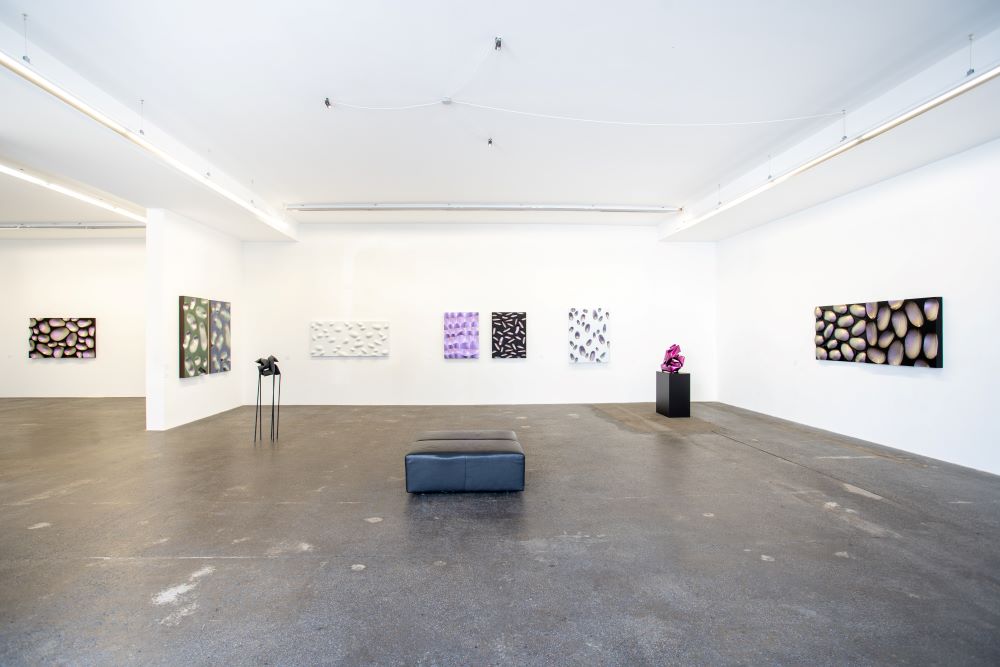 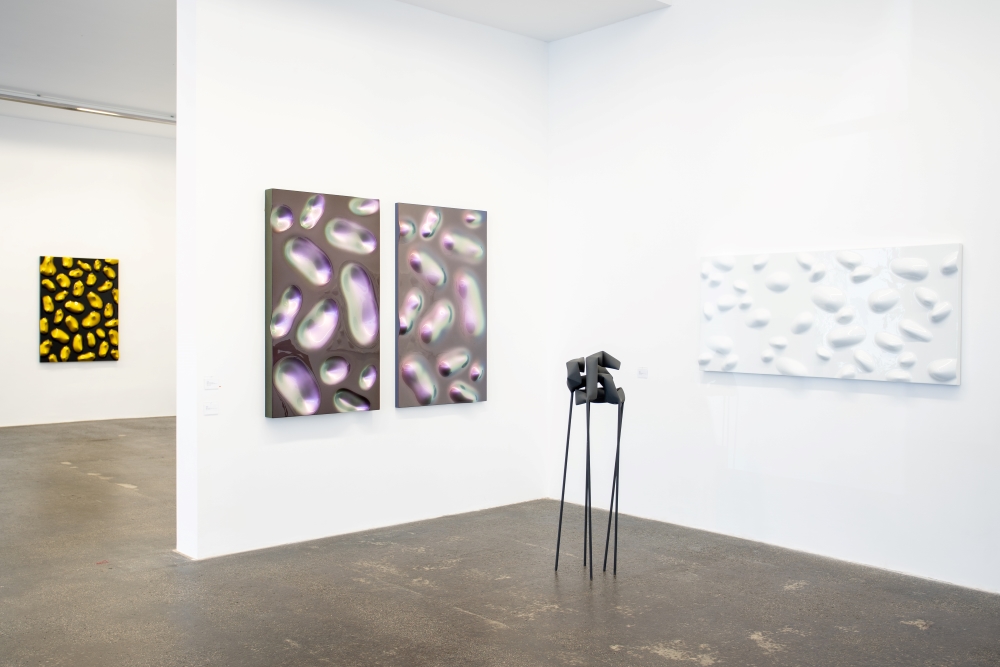 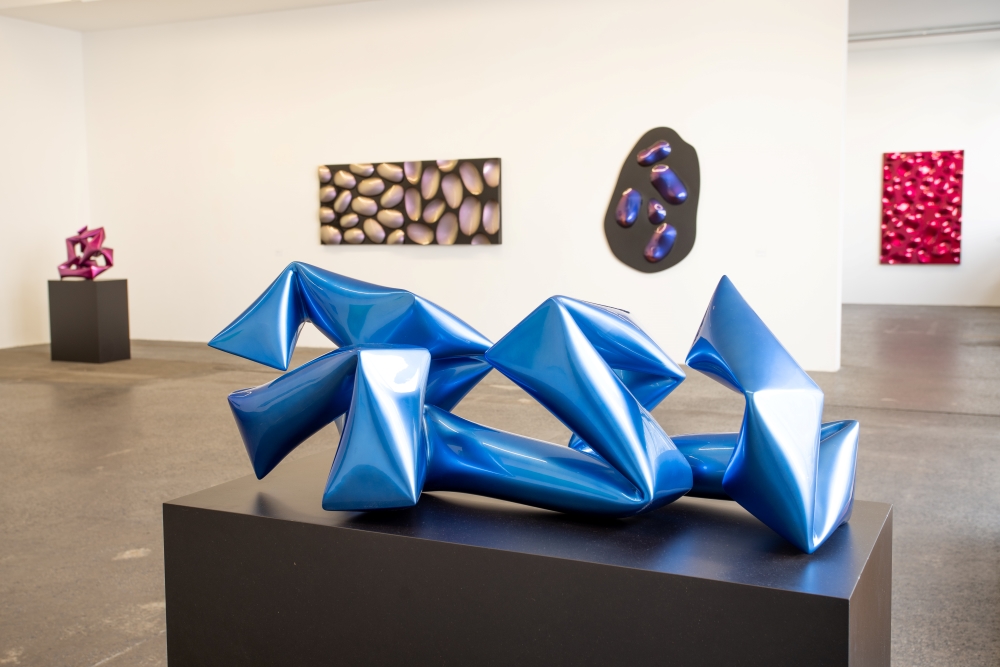 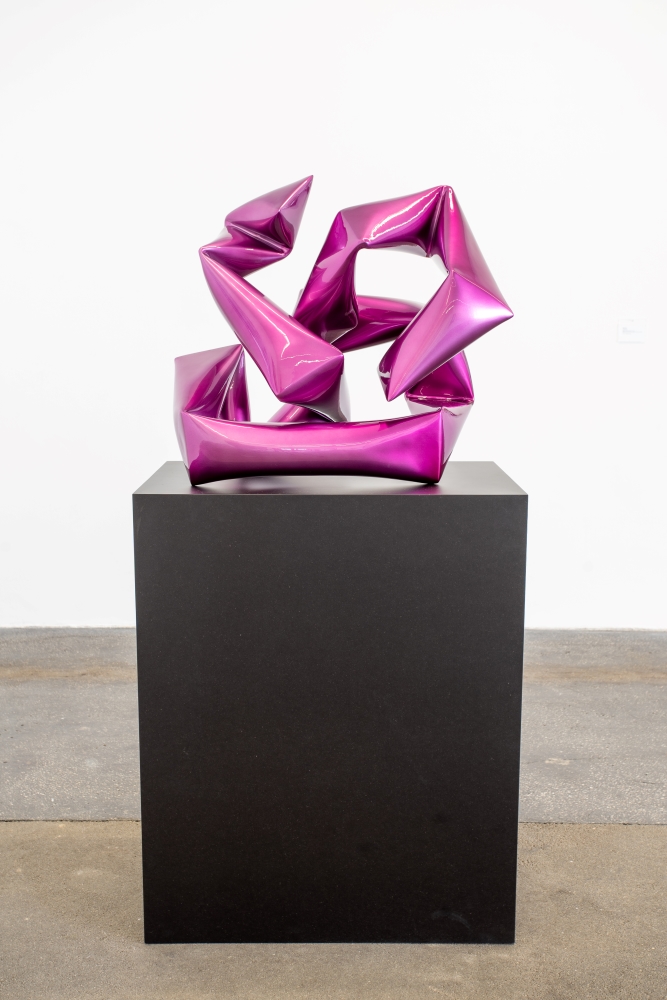 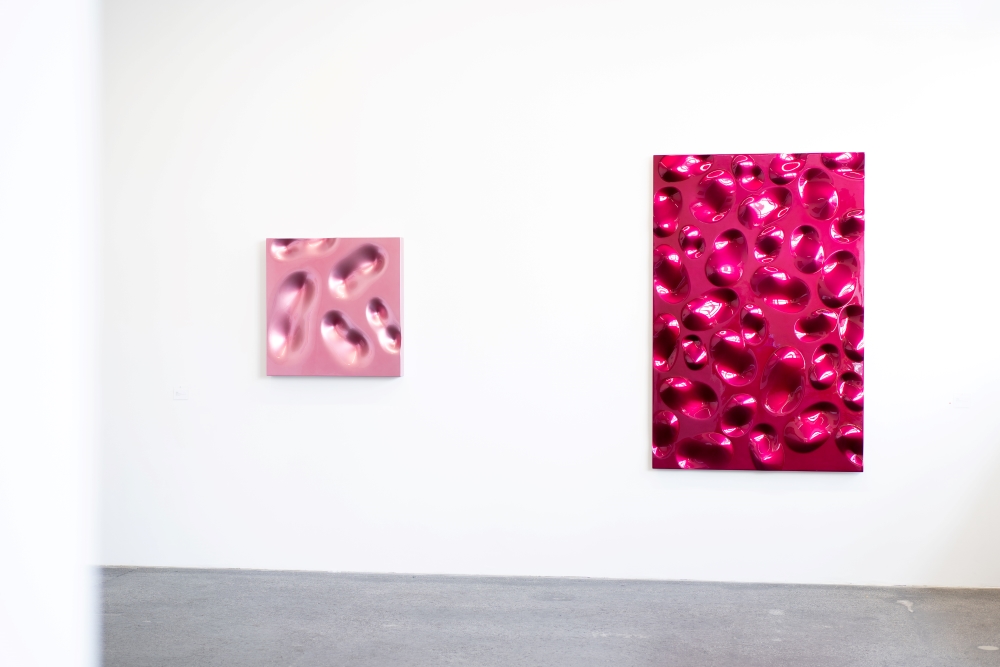 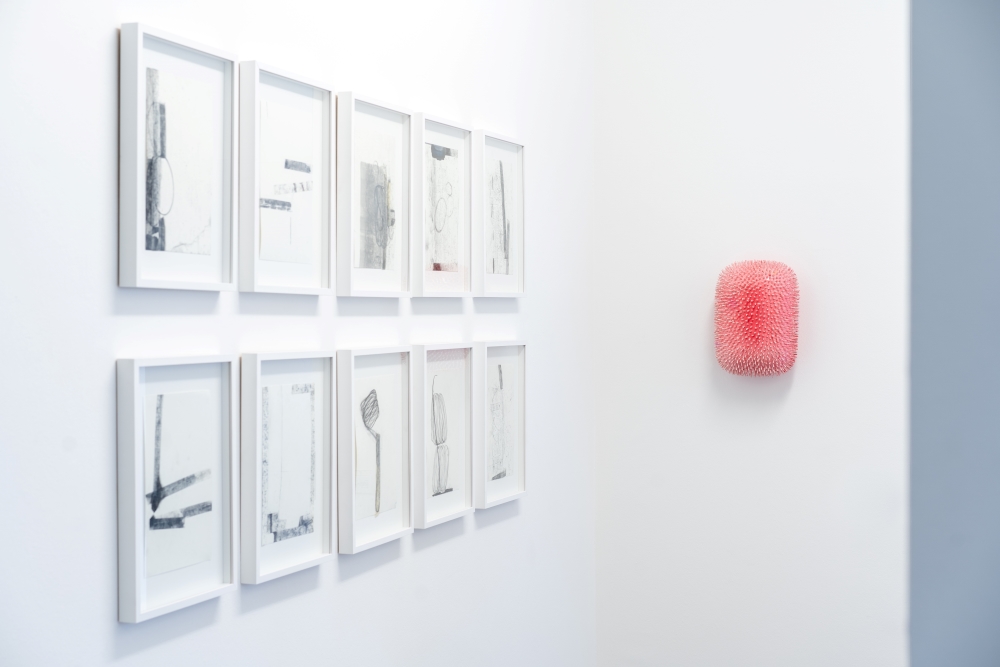 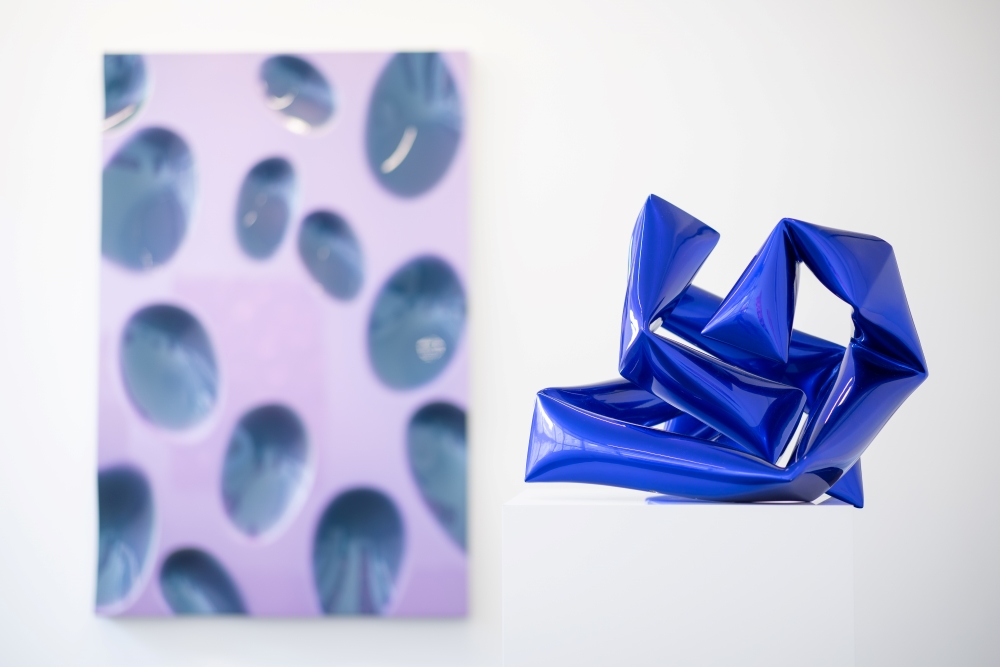 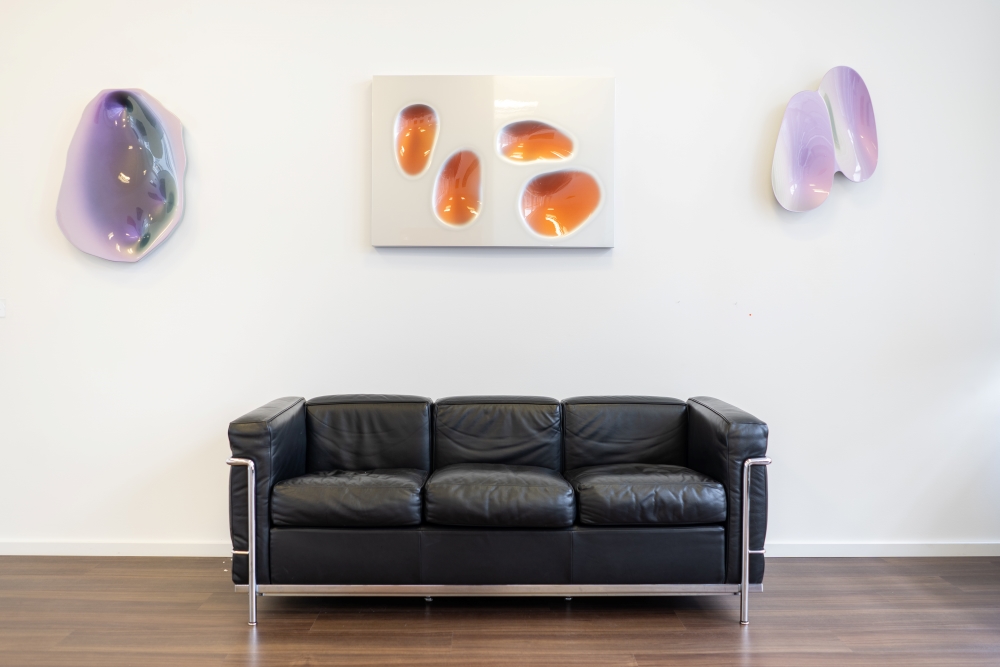 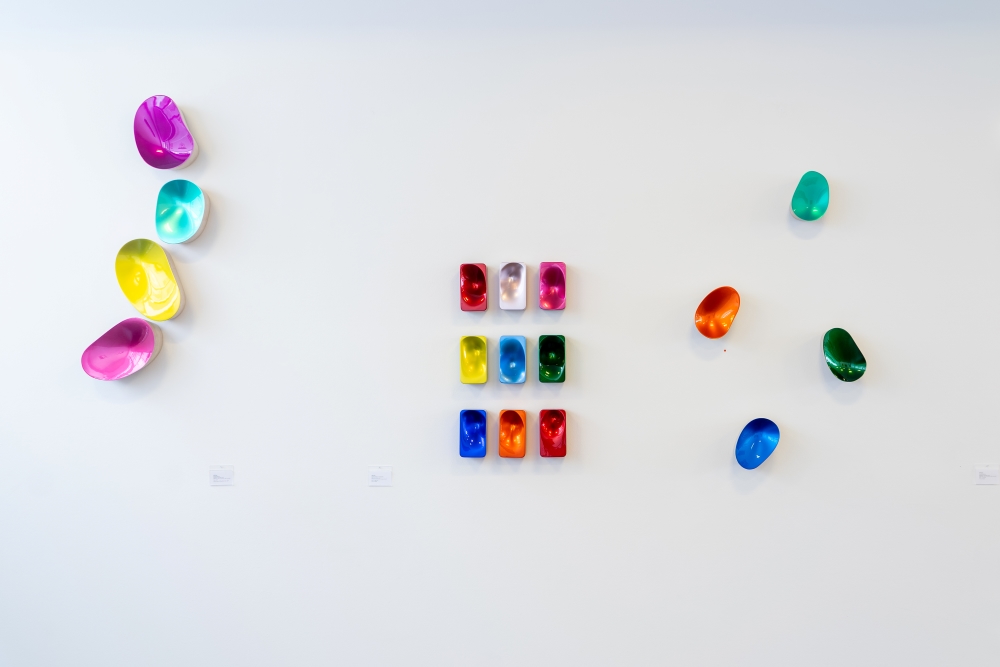 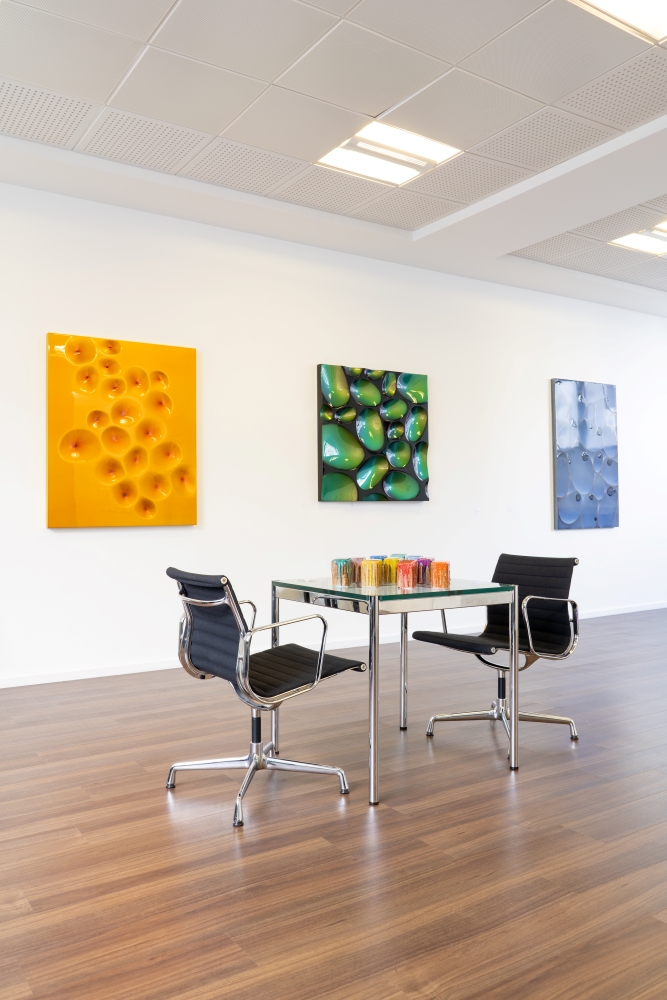 The painter, sculptor and draughtsman Willi Siber (born 1949 in Eberhardzell) is not only one of the most important Southern German artists, but has also long since made a name for itself on a national and  international level. „I never had the awareness that a life’s work had been created there”, he says himself today. But a review of 40 years of artistic activity proves the opposite. Willi Siber’s comprehensive, multifaceted work is evidence of his special creativity and tireless creative power. The versatile epoxy resin has been one of his preferred materials for many years, which he uses in his paintings and wall objects. Splinters of wood, nails or plastic elements are sensually transformed with epoxy coatings and colorful wood pellets are presented in serial arrangement on the wall. After 2010, the artist surprises with another material: long steel tubes that develop modularly into the height or over the ground like apparently effortlessly bent straws. These sculptures, painted with high-gloss car paint, underline Siber’s intention to reveal the inexplicable, suggestive and magic of a work. These include the current, concave-convex panelobjects, in which the artist puts human perception to the test with iridescent interference colours. 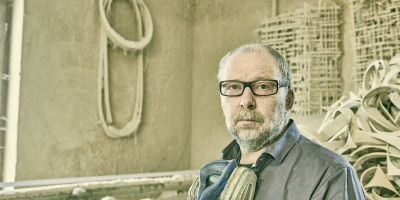