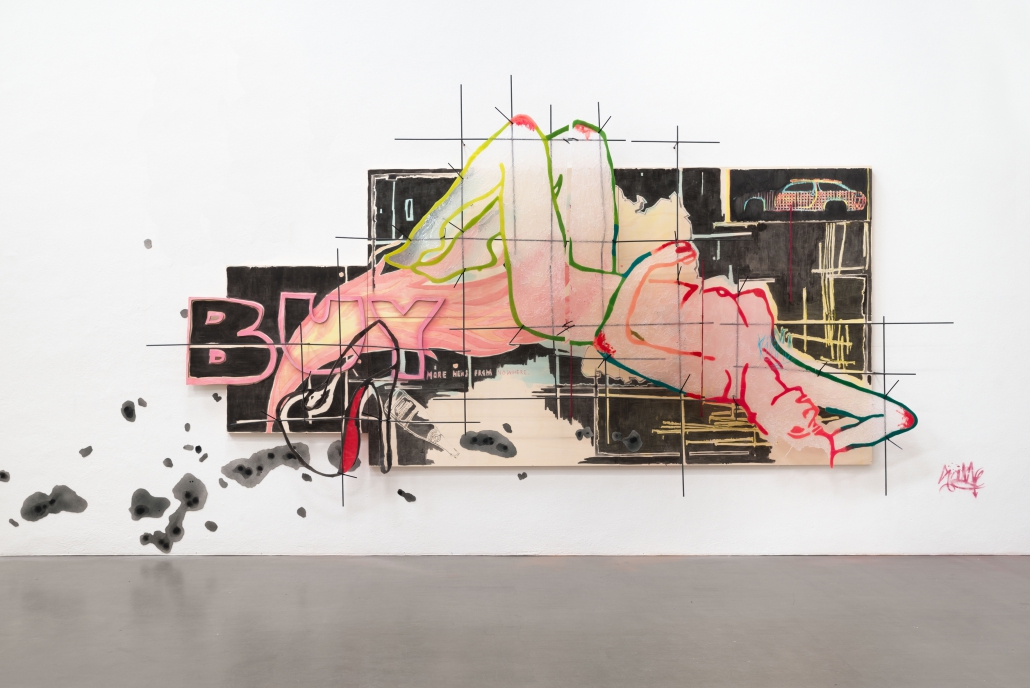 “It’s a man’s world” stated James Brown in 1966 – at a time when women were on their way to shake the old, cemented rolemodels once again. Half a century has passed since then, yet the “Me too” debate or the gender pay gap show that gender justice is still far from prevailing in our society. On the contrary, fashion and a large number of consumer goods are countered more than ever. From surprise eggs “only for girls” to BBQ men’schips, gender plays a central role in more and more areas of life.
The traditional gender assignments can also be seen in art. Male bodies are considered worthy of representation at best in homoeroticart, while women are still defined by their physicality and femininity. The exhibition “Blickwechsel: Neue Frauenbilder” wants to take a different look at women in art and show works that do not reproduce common stereotypes and view women as sensual objects, but rather focus on new, modern role models. The woman as an actor in politics and society, in changing roles or in offensive introspection or perhaps also as a representative of a new world that overcomes the old borders.
For despite declining tendencies, these new women’s images and roles do exist in reality. The exhibition is intended to make them visible – and at the same time to sharpen awareness of the fact that art also plays its part in the fact that some stereotypes will still be reproduced today. The artists on display, on the other hand, deliberately oppose the traditional view – and thus ring in a long overdue chapter in art history that enables unusual perspectives on the social coexistence of tomorrow.