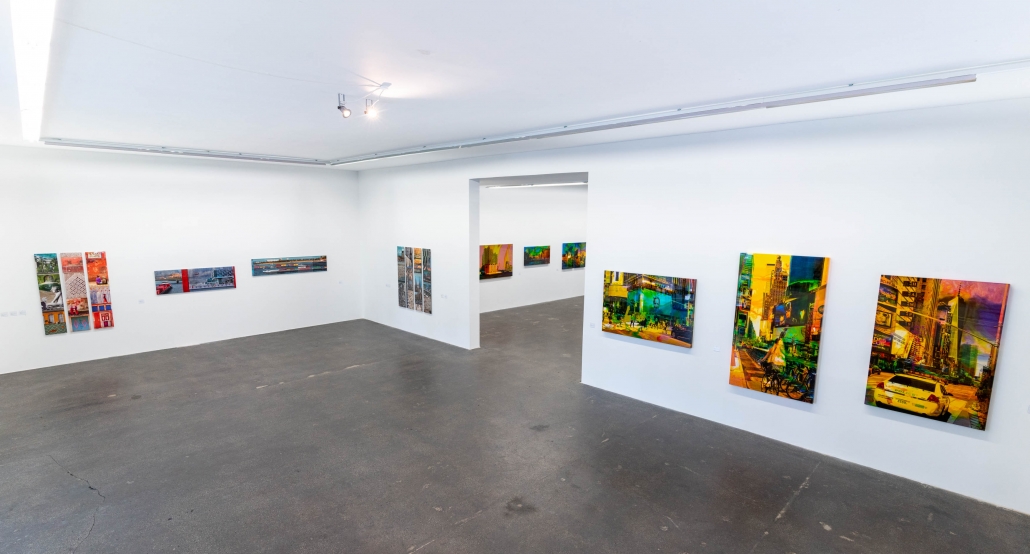 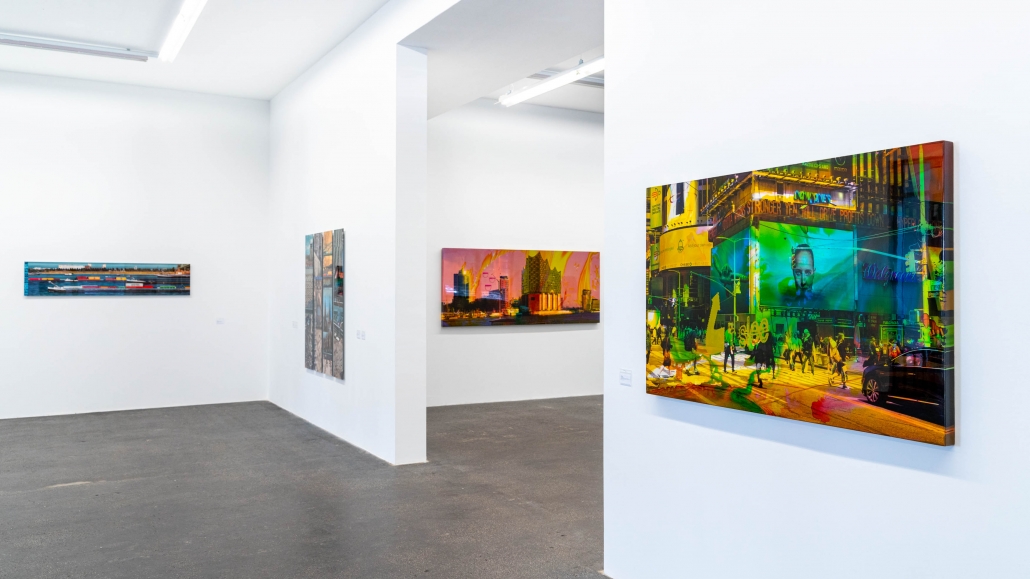 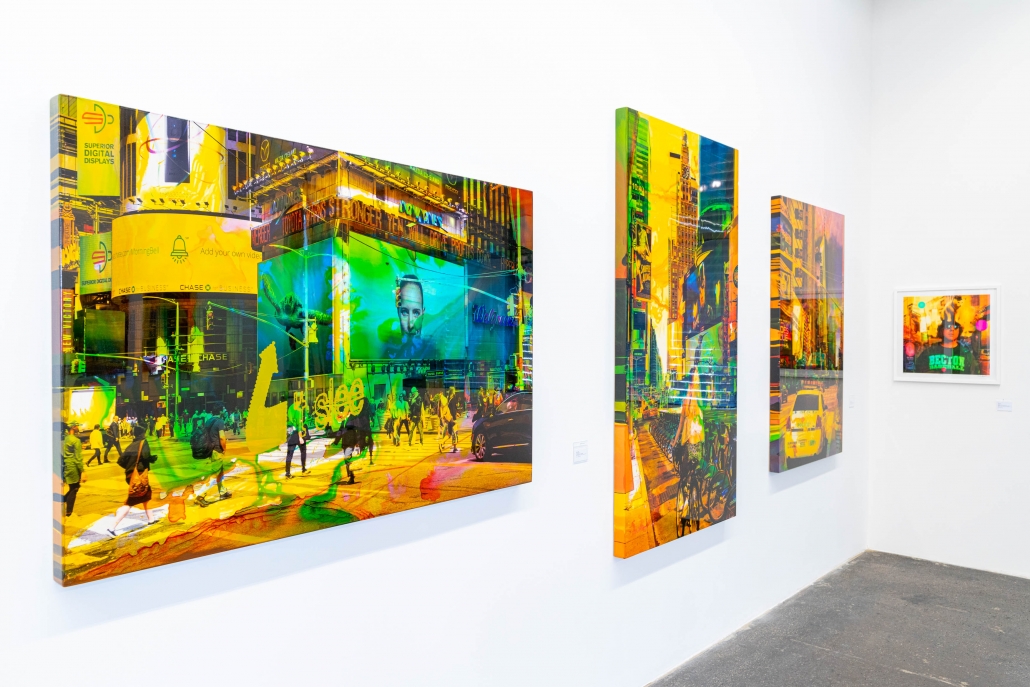 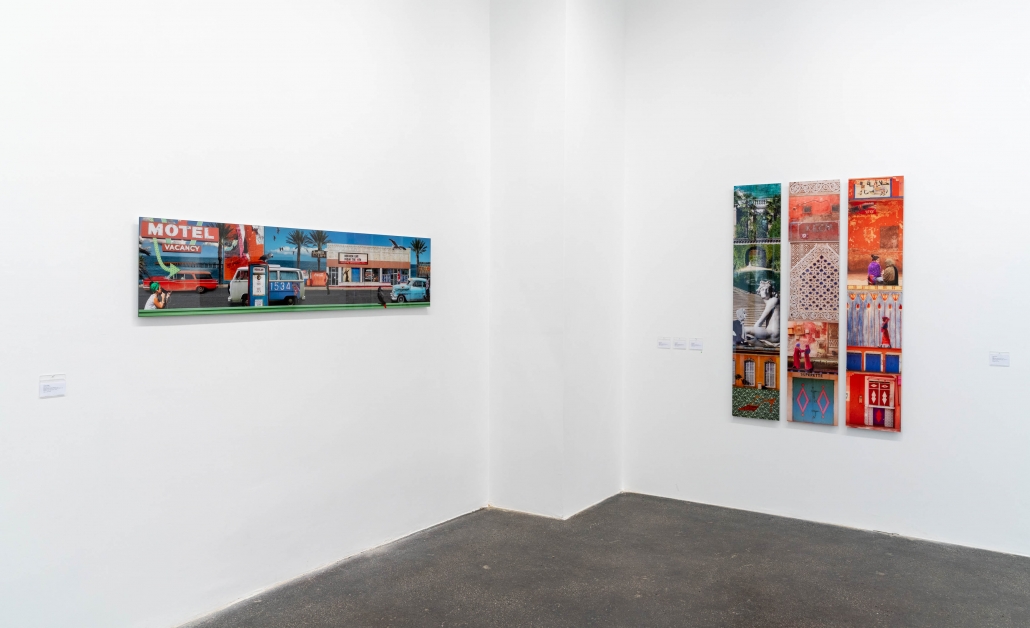 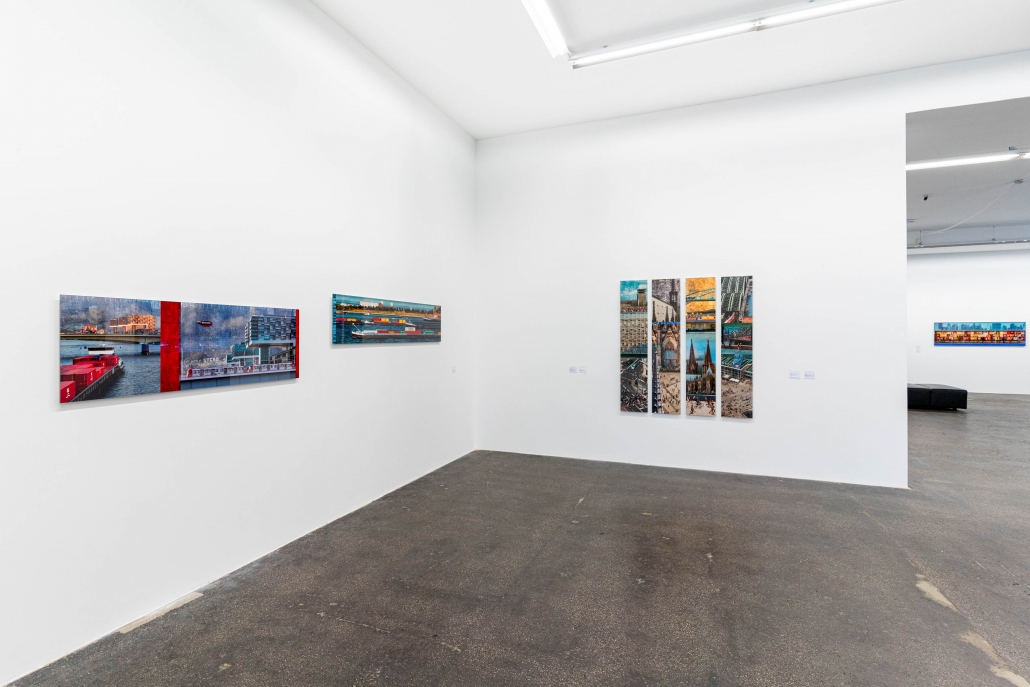 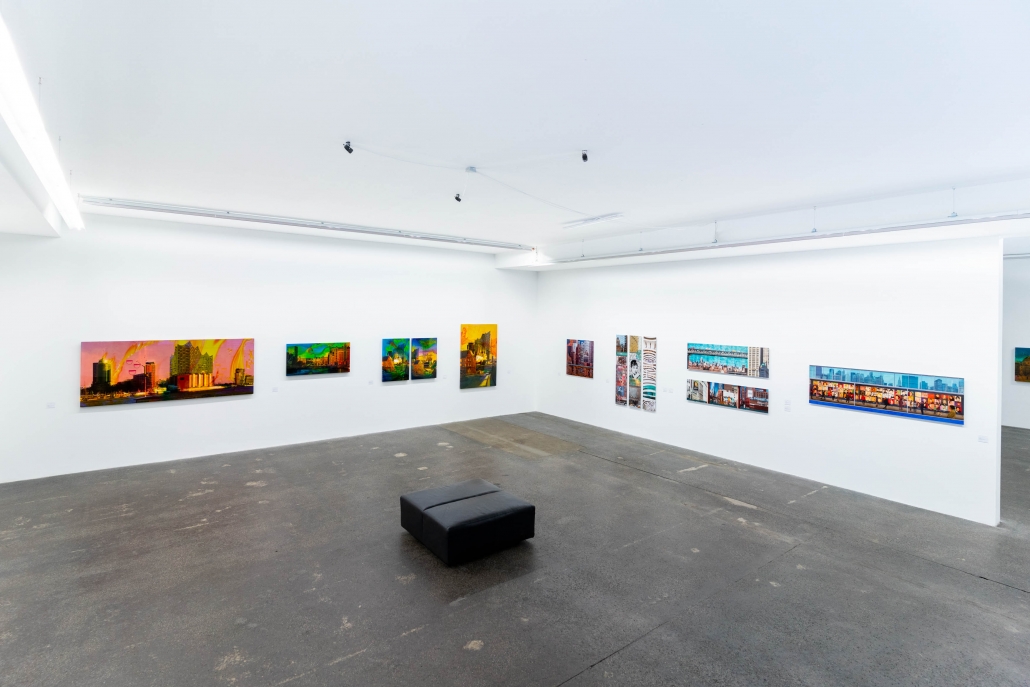 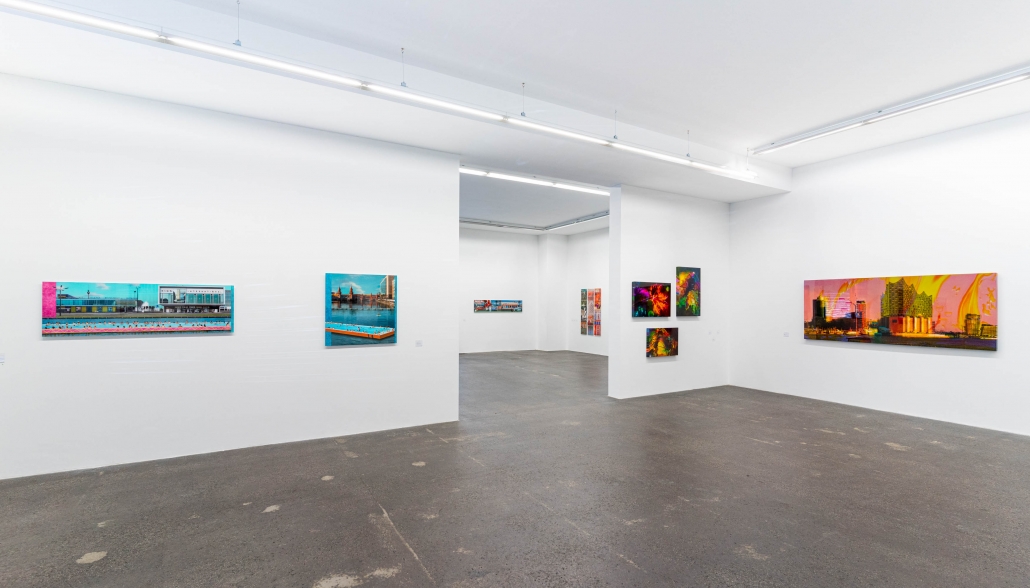 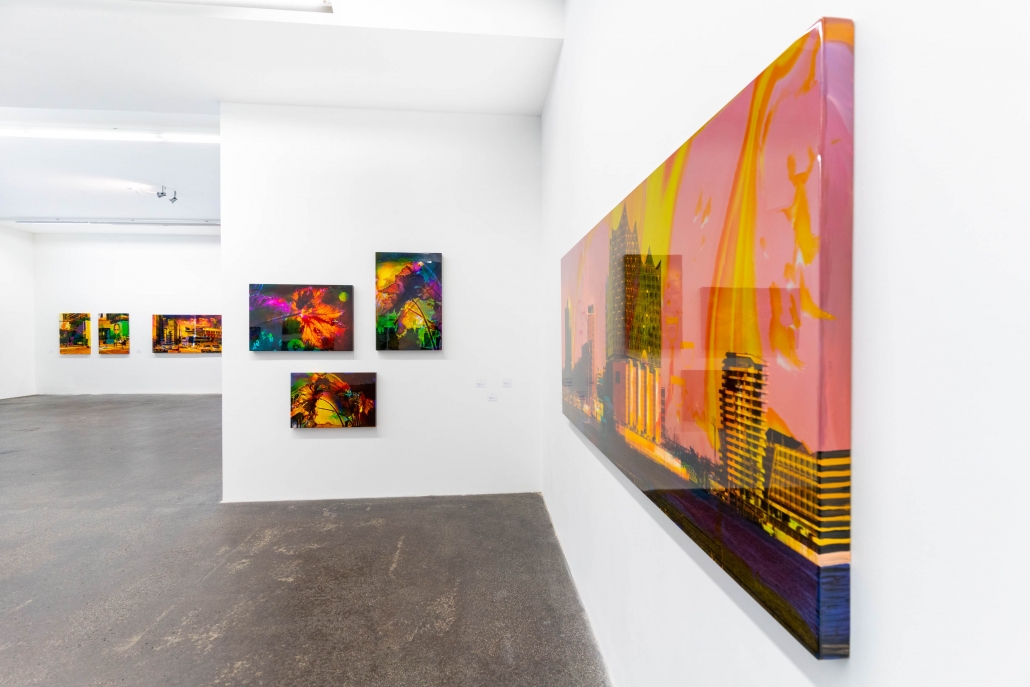 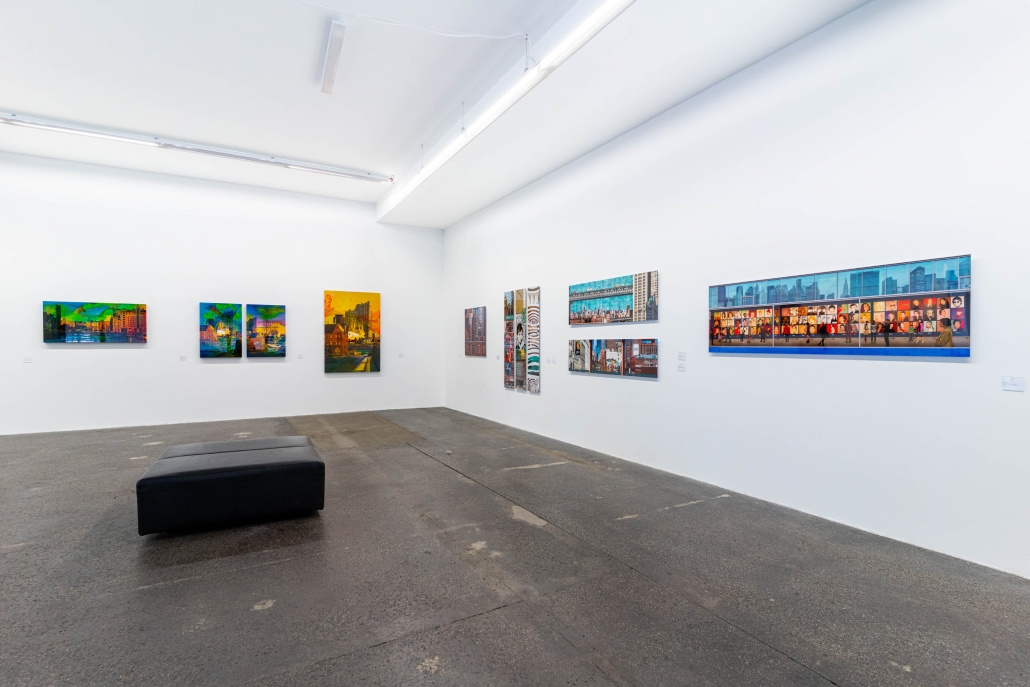 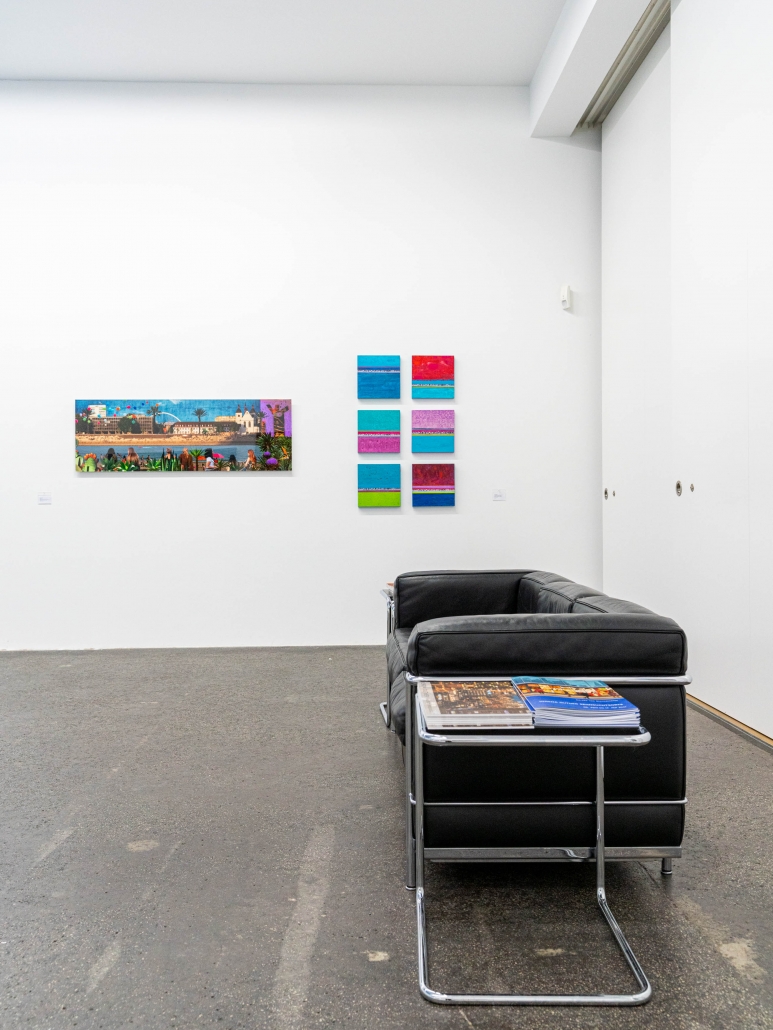 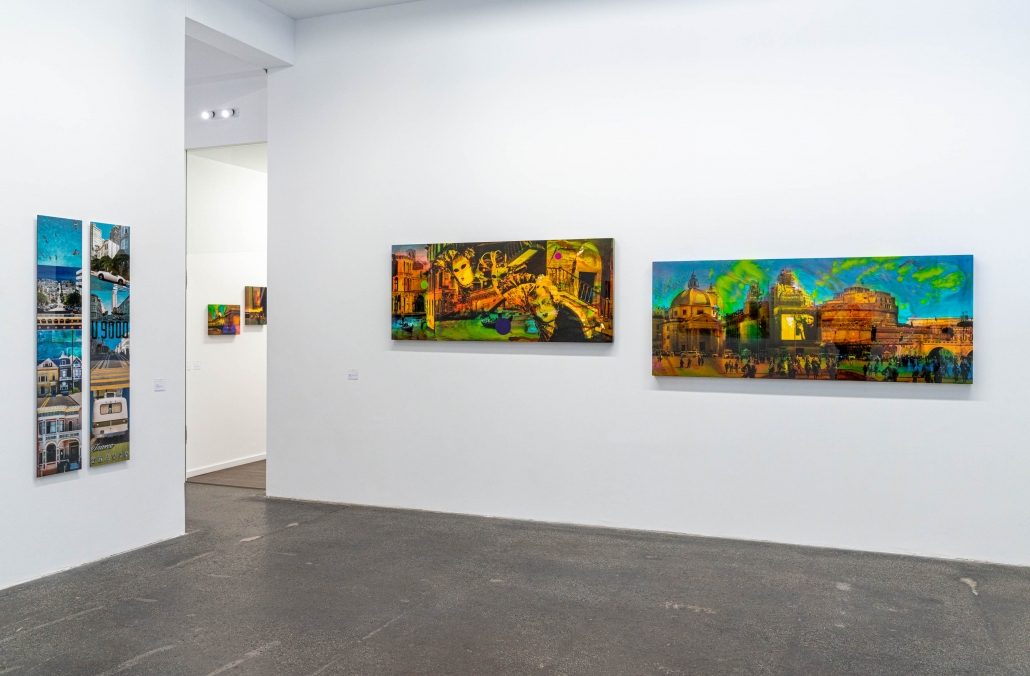 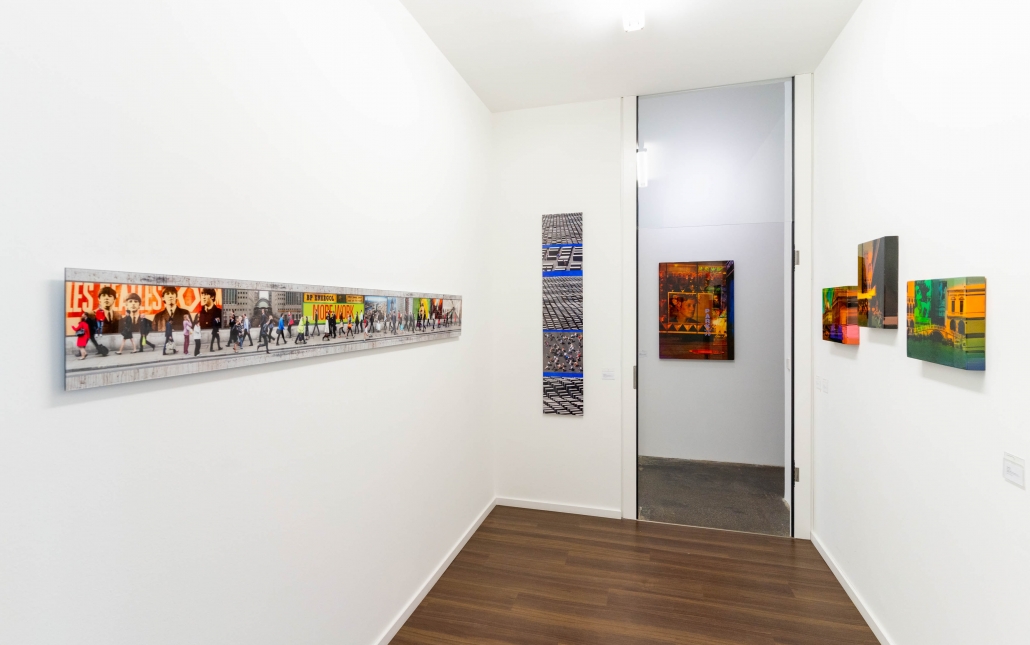 Familiar everyday habitats can no longer be “played” in the usual way and become all the more places of longing.

Verena Guther approaches the essence of a city on several levels in her clearly composed photomontages and presents the cities in their changeability, as a changing and moving structure. Her photomontages, in which photography and painting enter into a symbiosis, chow a highly sensitive play with structures, perspectives and color atmospheres, which invites the viewer to view a supposedly well-known metropolis from a completely new perspective. This balanced play with reality, deception and illusion counteracts the emptiness and anonymity of the big city with a semantic as well as a sensual abundance.

Helle Jetzig’s “Sites of longing” live on their own almost surreal magic and expressiveness. They owe this to a unique technique, which the artist uncompromisingly calls “painting and screenprinting on photography”, a multi-layered transparent painting on photo collages, which is also provided with many layers of lacquer. The motifs for his painting are architecture and street scenes of the big cities, their structures and rhythms. His works, however, are not concerned with city portraits or certain pictorial statements, but primarily with aesthetic qualities, with an immanent reflection on painting and photography, objectivity and abstraction, perception and reality, with the composition itself, which is based on calculated photographic construction, subjective gestural painting and, last but not least, a controlled randomness results.